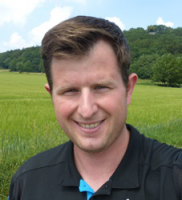 Andreas Stahl (University of Giessen)
Andreas Stahl leads a research group in the Department of Plant Breeding at Justus Liebig University in Giessen. In April 2020 he will take over as temporary Acting Professor of Agronomy in the same faculty.

His research focusses on quantitative dissection of complex traits like water and nitrogen use efficiency and the exploration of strategies to improve multiple resource efficiency of oilseed rape (Brassica napus) and wheat (Triticum aestivum). This includes the discovery of usefully genetic diversity, assessment of plant characteristics under field and controlled conditions by (digital) phenotyping methods and exploitation of molecular genetic pattern by high-throughput genomics.

In addition, the initiation and establishment of a semi-automated phenotyping facility to describe plant responses to abiotic stress in unprecedented high resolution is another key working field. He collaborates closely with national and international partners within the framework of several public-private research projects. 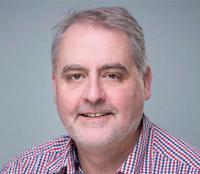 Andrew Sharpe (Global Institute for Food Security)
Andrew Sharpe is the Director of Genomics and Bioinformatics at GIFS and joins P2IRC in the capacities of theme lead of phenometrics and lead of the genomics and bioinformatics platform that is supporting the initiative. Dr. Sharpe oversees efforts to establish integrated crop genomics, informatics, and phenomics platforms to support both GIFS and P2IRC.

Dr. Sharpe received his BSc (Hons) in Biological Sciences from the University of Leicester in 1988 and his PhD in Plant Genetics from the University of East Anglia in 1997 while working at the John Innes Centre in the UK. He brings significant experience in plant genetics and genomics to P2IRC and GIFS from his careers as a senior research officer at the National Research Council of Canada and at the Agriculture and Agri-Food Canada research centre in Saskatoon. Dr. Sharpe has coordinated several projects to establish genomics and molecular genetics resources in numerous crops including canola, wheat, and lentil. He is currently co-lead on the $10M Genome Canada / Prairie 'Canadian Triticum Applied Genomics' (CTAG2) project, which recently led the development of a high quality whole genome assembly of the bread wheat genome. 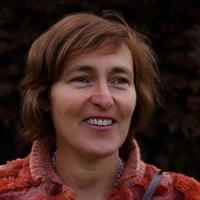 Guusje Bonnema (Wageningen University)
I am intrigued by the enormous variation displayed in the diploid Brassica species Brassica oleracea and B. rapa. This ranges from leafy heads of cabbages, tubers of turnips and kohlrabi, curds of cauliflower and broccoli and seedpods of oilseeds. To unravel the genetic regulation of domestication traits in diploid Brassica species, segregating populations and core collections are developed, genetic maps are constructed, and recently, both de novo genomes are generated for the different croptypes and a large number of B. oleracea genotypes representing the different morphotypes have been resequenced. These data, combined with resequencing data generated of B. rapa core collections, made it possible to detect signals of domestication for both leafy head formation and tuber formation. This clearly illustrated that the triplication shared by these Brassica species facilitated selection of this extreme variation, as evidence was found for sub genomic parallel selection. The focus of my research is to study the domestication events and understand the role of candidate genes in the generation of tubers, leafy heads and curds of cauliflower. 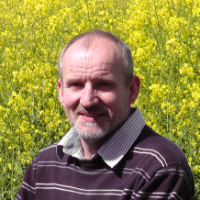 Ian Bancroft (University of York)
Undertaking research on cyanobacteria and cyanophages, Ian Bancroft gain his PhD from the University of Lancaster in 1986 and then worked at Michigan State University as a Visiting Postdoctoral Research Scientist. Moving to the John Innes Centre in 1989 his focus shifted to Arabidopsis thaliana and was involved in the Arabidopsis Genome Initiative. He was appointed to a faculty position at the John Innes Centre in 1998, launching his research program to understand genome structure and evolution in Brassica species. In 2013 he moved to the University of York as CNAP Chair of Plant Genomics in the Department of Biology, where his group is undertaking genomics research to address the basis of trait variation in oilseed rape. 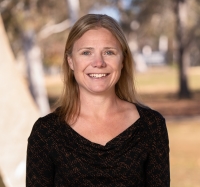 Jun Zou (Huazhong Agricultural University)
Jun Zou is a research scientist in the National Key Laboratory of Crop Genetic Improvement, the National Rapeseed Technology Research Center, and the College of Plant Science&Technology, Huazhong Agricultural University, Wuhan, China. She has worked on the research area of Brassica genetics and genomics since her Ph. D study in 2002 and has active national and international cooperation. She mainly focuses on the research projects of interspecific introgression for novel Brassica diversity and its consequence on genomic alterations of Brassica oilseeds, and also targets to rapeseed genomic improvement with genetic dissection and genomic selection of complex traits and heterosis in rapeseed. She has more than 40 publications about the construction and comparison of high density genetic maps of Brassica oilseeds, trait-marker associations and predictions for complex traits, genomic alterations and their impacts for traits and heterosis induced by interspecific crosses, and the method of creating and exploring novel Brassica oilseeds. 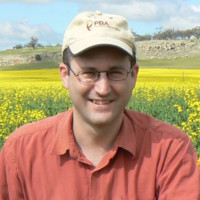 Mike Barker (University of Arizona)
Michael Barker is an evolutionary biologist studying the origins of biological diversity, particularly how abrupt genomic changes such as polyploidy, chromosomal change, and hybridization have contributed to the evolution of plant diversity. Biologists have long been fascinated by these processes because they create unique opportunities for the evolution of ecological and phenotypic novelty with the potential for relatively rapid speciation. Although assessing the importance of these abrupt changes has historically been a difficult task, advances in genomics and bioinformatics have created new opportunities for addressing these longstanding questions. By integrating new computational and evolutionary genomic tools with traditional approaches such as molecular evolution, phylogenetics, mathematical modeling, and experimental work Barker's lab currently studies 1.) the contributions of recent and ancient polyploidy to eukaryotic diversity; 2.) the evolution of chromosome number and genome organization; and 3.) the impact of hybridization on speciation and novelty. 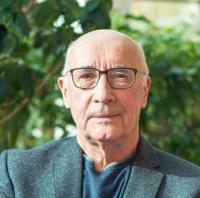 Wilf Keller
Throughout his 40-year science career, Wilf led many major research initiatives. These included the application of genomics in canola improvement; the development of industrial bioproducts from vegetable oils; and production of bioactive natural products in plants for enhanced human health and quality of life.

Wilf grew up in Melville, SK. He earned a PhD in Crop Science at the University of Saskatchewan, followed by postdoctoral studies in Germany. He worked at Agriculture Canada in Ottawa from 1973-89, where he pursued research on cell genetics of selected Canadian crops and contributed to the establishment of a plant biotechnology research program, which he chaired from 1980-89. In 1990, he accepted a position with the Plant Biotechnology Institute (PBI) of the National Research Council of Canada in Saskatoon and served as group leader for canola biotechnology research and head of the Transgenic Plant Centre until 1999, when he assumed the position of research director. In 2007 he took a one-year posting as the acting director general of the PBI, then served as president and CEO for Genome Prairie from 2008 to 2012. Wilf until recently was the president and CEO of Ag-West Bio Inc, Wilf recently assumed the role of VP Outreach of the Agri-Food Innovation Council.

If you have any questions or concern, please email brassica2020@gifs.ca